Here’s the abstract for this study:

Objective: The purpose of this study was to examine whether a correlation existed between the scores of the Jackie Chan Action Run active video game, the one-mile run/walk and Progressive Aerobic Cardiovascular Endurance Run (PACER) aerobic fitness tests of the FITNESSGRAM® in order to provide a potential alternative testing method for days that are not environmentally desirable for outdoor testing.

Materials and Methods: Participants were a convenience sample from physical education classes of students between the ages of 10 and 15 years. Participants (n=108) were randomly assigned to one of three groups with the only difference being the order of testing. The tests included the Jackie Chan Action Run active video game, the one-mile run/walk, and the PACER. Testing occurred on three different days during the physical education class. Rating of perceived exertion (RPE) was reported.

Results: Significant correlations were found between the three aerobic fitness tests administered (p<0.05). The RPE for the Jackie Chan Action Run was lower than the RPE for the other two tests.

Conclusion: The results suggest that the Jackie Chan Action Run test could be an alternative to the one-mile run/walk and Pacer allowing physical education teachers to perform aerobic fitness testing in an indoor setting that requires less space. Also, children may be more willing to participate in the Jackie Chan Action Run based on the lower RPE.

Hopefully, further research will be done to validate the Xavix JC Run and other forms of exergames to assess fitness in school kids and in clinical settings, especially when a 1-mile run or PACER test is not feasible to conduct.

Exergaming Your Way to Fitness 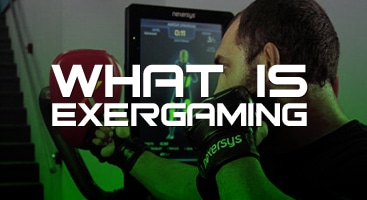